In the context of this article scene_bounding_sphere_diameter is composed of geometries that are being processed and will result in a level of detail mesh. So if you have a Simplygon scene with camera or meshes that are used for visibility sampling / clipping will need to exclude in bounds calculation. Internally in the processors it it automatically handled. However GetRadius method for spScene can take those into account. 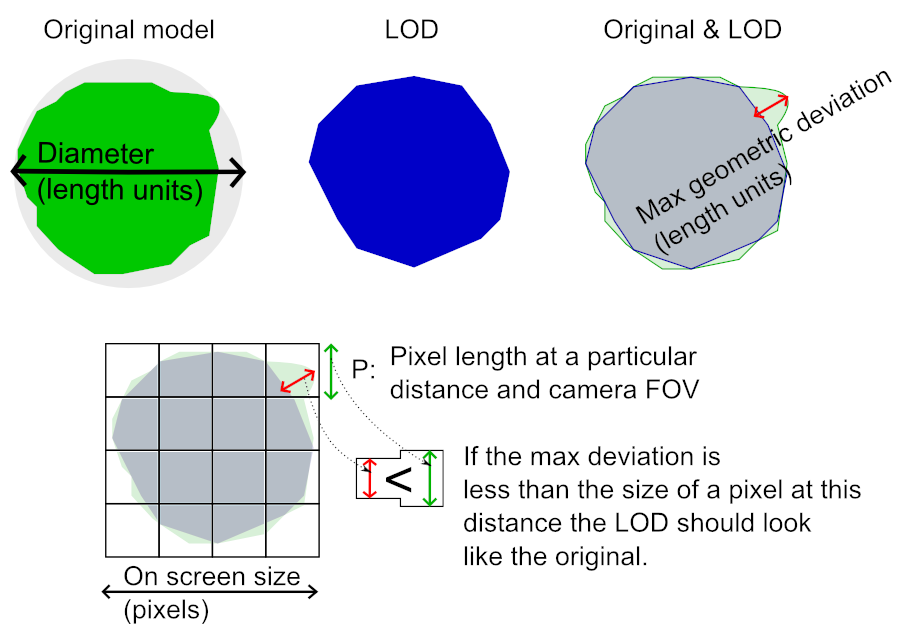 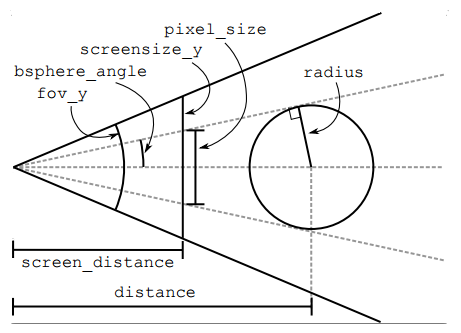